In recent months, our posts have focused on a variety of approaches to support teachers’ professional learning. Last month, we considered some of the opportunities that might be found through online professional learning communities. This month, we continue the theme with a post from guest blogger Dr. Christine Leighton, an Assistant Professor of Education at Emmanuel College and expert in language and literacy. Christine has been part of a university-school partnership using both face-to-face and remote coaching with teachers in a local urban school district. The project, known as Enhancing Literacy Instruction through Collaboration and Interactive Technologies (ELICIT), combines monthly, onsite professional development sessions with remote coaching using a variety of digital tools.  For the past two years Christine has worked with Jen Wyatt, a second-grade teacher, providing coaching that includes both face-to-face meetings and interactions using several types of technology and digital tools.

In this month’s blog, Christine shares their experience:

As coaches and teachers we know how precious time is and how difficult it can be to fit one more thing into an already packed schedule. Jen and I would meet once a month for an hour as part of the larger ELICIT collaboration, but we found we needed more time to co-plan and explore how the ideas discussed at our larger meetings might fit into her classroom and work with her students. In particular, we wanted to put into place a practice that the ELICIT team calls Dialogic Reasoning (DR). This practice centers around reading rich texts that often present some sort of moral dilemma and then posing questions that require students to take a critical stance (e.g. was it OK for the character to lie, yes or no?). In the instruction leading up to and following students’ discussions of the focal question, teachers integrate reading, writing, speaking and listening. That is, to prepare to consider and discuss the “big question” of the day, students must read carefully and look for evidence from the text that supports their ideas; as they listen to and debate their peers, they must carefully evaluate ideas and provide evidence to substantiate their positions; and finally, through writing, students integrate what they read and what they heard during discussion to develop a persuasive essay that addresses the focal question.  This integration of reading, writing, listening, and speaking is critical for all learners, but particularly for English learners (ELs) whose growth in language proficiency depends on the development of these four language domains. In Jen’s class, 15 of her 23 students were ELs, so this practice resonated with us as having strong pay off for her group.

When we began our work together, Jen was just starting a social studies unit around leaders who fought for social justice. During this three-month unit, she planned to have her students study seven leaders (e.g. Susan B. Anthony, Martin Luther King, Jr.). A series of lessons would focus on a specific leader and would begin with a read aloud. Jen wanted to integrate a DR lesson within each series, but she was having difficulty selecting a critical stance question to guide the unit.

Because these critical stance questions provided an important focal point for organizing reading, writing, and talk about each leader, identifying a good question offered a useful starting point for our work together. This starting point also created the perfect opportunity to integrate digital tools into our collaboration. We decided that instead of trying to squeeze another face-to-face meeting into our already packed schedules, we could discuss possibilities remotely. First, Jen emailed me the unit that contained the reading selections, and after I read through it, we scheduled a Facetime meeting to discuss possibilities. During that remote discussion, we realized that all seven leaders, each of whom was so influential in making change, were also considered to be troublemakers during the time in which they lived.  Based on this insight, we developed the question “What is a troublemaker, and is it ever OK to be one?” Jen also mentioned that she wanted to make integrating writing a goal throughout this unit, so we discussed having students end their discussion with a written response to these prompts. Video- and audio-recording lessons is an essential component of the ELICIT project; and so Jen went about recording the DR lessons she conducted, and I subsequently viewed them on my own time.

After a few weeks of implementing the unit, Jen and I had another Facetime meeting to debrief about how things were going. I shared that in her video-recorded lessons, I saw many examples of effective instruction, as Jen skillfully facilitated discussions that led students to think deeply about the topic and included instances of student-to-student talk. Jen, however, was frustrated by the student responses that never seemed to move beyond personal opinion and would often include tangential comments. We discussed this and landed on two small tweaks we could make to her instruction: 1) we realized we could be more explicit in the way we worded our questions by adding the simple prompt, “Let’s think about the people we have been learning about;” and 2) to help with pacing, we would try to incorporate more small group discussions that would be shorter, but hopefully more intense.  Together, we constructed the prompt, “Is it ever OK to break the law, why or why not? Use the biographies we have been reading as evidence.” We planned that students would consider this question first as a whole class, then in small groups, and finally through written responses.

These small adjustments yielded major results! Students began incorporating the content and ideas they had been discussing with written statements like “I think that it’s sometimes okay to break the law because (Dr.) Martin Luther King Jr. said, “You should follow the Equal laws, and Deny segregation laws (sic).” The audio recordings of small group conversation also resulted in richer, more detailed conversations. Jen was so pleased that she would text me semantic maps she had developed as well as pictures of the writing students produced. Things were going well, but we weren’t done yet!

It was time to figure out how to wrap up the unit, but Jen was nervous that if she went back to the original “troublemaker” prompt, the students would revert back to their previous responses and not make the same deep connections they had been making. We had another Facetime meeting to discuss how to set up the context to avoid this situation. We decided to again be as explicit as possible by reminding the students about what we had been working on over the unit, who we had been reading about, the different prompts we had asked, and how these leaders were often viewed as troublemakers during their time, even though we may disagree with that label in the present day. We landed on the final prompt, “A lot of people we have studied in this unit were considered troublemakers. Is it ever okay to be a troublemaker? Think about the biographies we have read and use them as evidence to explain your thinking.” Again, the results were just what we wanted, with the students answering and referring to the 7 (seven) leaders in their responses.

All in all, the coaching collaboration between Jen and me was extremely satisfying.  It was also made possible because we pushed beyond the normal parameters of professional development and extended the typical face-to-face interactions by including an assortment of digital tools. Through emailing, Facetime, and texting, we were able to increase the consistency of our communication and the quality of our planning. Using these tools also allowed immediacy to our interactions that supported Jen’s instructional implementation and helped address problems as soon as they arose. The result was a satisfying and creative collaboration that resulted in great benefits to her students.

So what do you think?  How might digital tools support or extend your coaching interactions? What benefits or challenges do you see? Join the conversation and share your ideas!

This site uses Akismet to reduce spam. Learn how your comment data is processed. 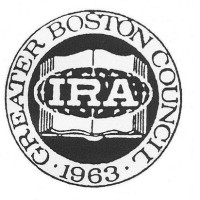